Nashville is a fun town with great eats. Below are some of the tasty treats I had while there. 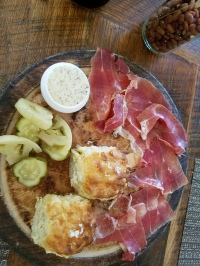 This is what I had: A plate of Dakota Farms ham that was amazing with cheddar biscuits and pickles, a new spin on shrimp and grits which is the bubbly picture that was very yummy, Red Pepper Kentuckyaki Glazed Pork Belly, soft roll, red onion, pickled carrot, smoked Duke’s, Grilled North Carolina Catfish, Delta Belle Rice, Napa cabbage, peach mostarda, shiso, peaches and ricotta with sour pine honey and fennel, and brown butter soft serve with B.B. caramel, smoked cocoa nib and embered pecan panforte. This is James Beard award-winning Chef Sean Brock’s restaurant and for sure a gem in Nashville. 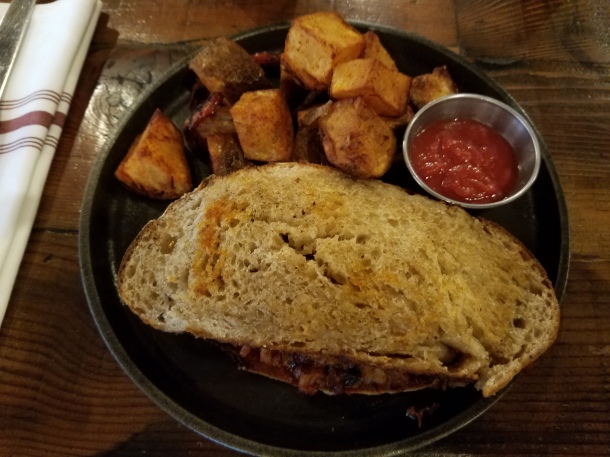 Had the BBQ’d Pulled pork sandwich with pimento cheese, bbq sauce, shaved onion, and pickle on sourdough with fried potatoes and homemade ketchup. 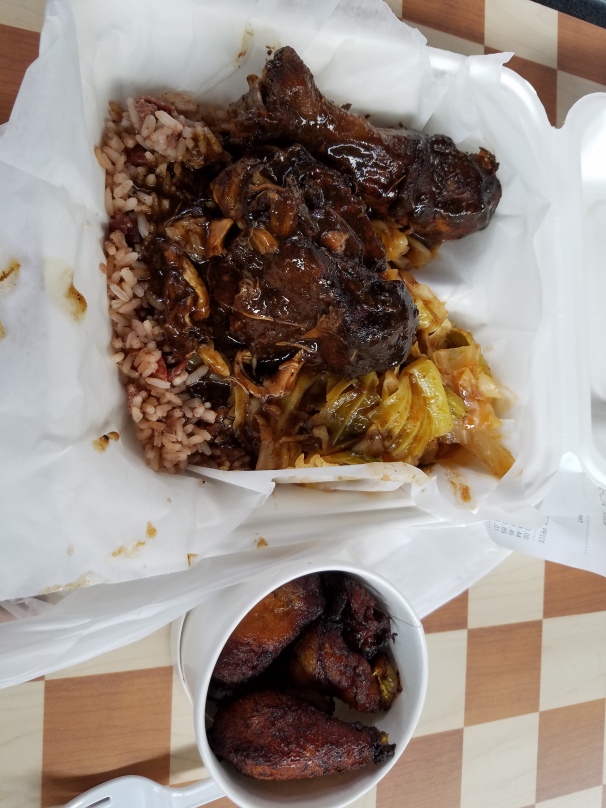 Jerk Chicken with rice and peas, cabbage, and fried plantains. Wow was this delicious! They were featured on Season 10 of Guy Fieri’s Diners, Drive-Ins & Dives

Funny staff and this was my 5 year old son’s favorite place to dine with the sarcastic service. I had the Chicky Fry’D Chicky which is fried chicken breast smothered in jalapeno gravy and served with mashed potatoes and seasoned green beans.
Mike’s Ice Cream and Coffee Bar – Nashville, TN

Wow, this had to be one of the tastiest milkshakes I have had in a long time. We need to get this in Philly ASAP. Pralines and Cream was a treat!
Goo Goo Shop – Goo Goo Cluster – Nashville, TN

This really was a surprise. I wasn’t expecting anything, but this was one of the better candy’s I have had in a long time. I don’t know why this isn’t everywhere to be able to buy. They are on Amazon so that is a plus for whenever I want another one.

Comments Off on Nashville Nibbles 2018