This place was such a joy with heavenly Wu Xi soup dumplings with pork and shrimp. These things were down right AWESOME and I could eat my fill of just them. Definitely some of the best soup dumplings around the city. I completed the meal eating beef stew with white rice. The beef was extremely tender and just broke apart and the sauce was delicious. I will be trying more of the menu here whenever I get a chance. 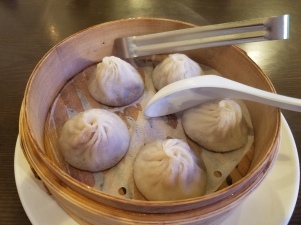 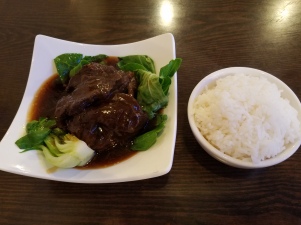 Takeout only here, but deliciousness awaits when you get to your destination to eat. Really enjoyed my order. Had the whole Peking Duck with pancakes, scallions, and hoisin sauce. Give them a try and I’m sure you won’t be disappointed. 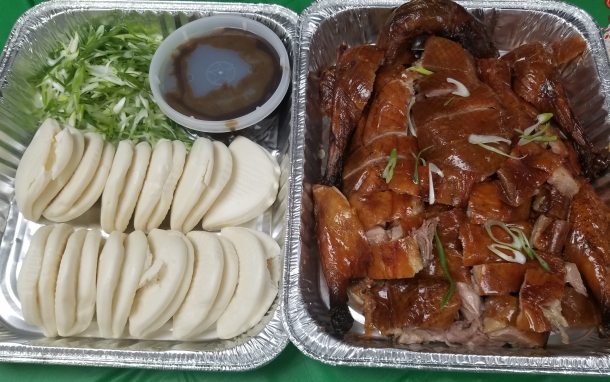 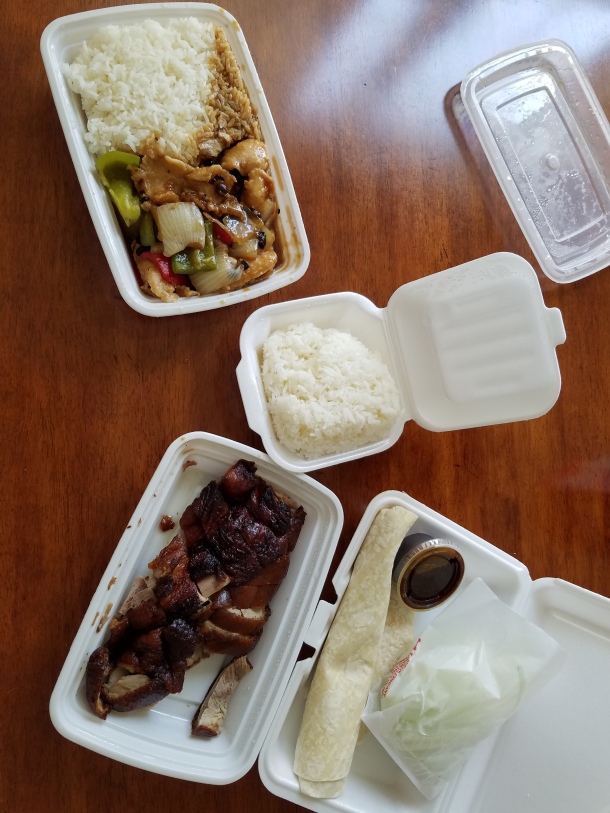 New on the scene in Chinatown Philly is Lau Kee. It’s a tiny place with a large menu. I had their half of Hong Kong style Peking Duck and an order of flounder filets in black bean sauce. Both were delicious and a welcome addition to the wonderful selection of culinary wonders around this part of Philadelphia. Will be back for sure to try more of things on the menu.

Sang Kee Peking Duck House (SK) in the Chinatown section of Philadelphia is the original location since 1980 of the many different variations of the Sang Kee brand all over the Pennsylvania and New Jersey region now. With wanting to see what put SK on the map, I decided to go with their namesake, Peking Duck in their Peking Duck Dinner for two option. The dinner consisted of Wontons with Vegetable Soup, chopped Peking Duck with Pancakes and Hoisin Sauce, Shredded Duck Meat with String Beans in a XO Sauce, and their House Special Fried Rice.

Let me start out by saying the dinner was flat-out phenomenal. The wontons in the soup were light yet flavorful with a nice selection of vegetables throughout. The chopped pieces of Peking Duck were very meaty with the skin nice and crispy and not too fatty like a lot of places that serve duck and once put in the fresh warm pancake covered in the hoisin sauce, every bite was like floating in a cloud of wonderful tastes. The shredded duck with string beans in XO sauce was also a nice surprise. The spices of the sauce give the dish a slight spicy kick, yet it did not drown out the duck flavor or take away from the crisp string beans and other fresh veggies sautéed in the dish. To finalize the dinner, the house special fried rice really brought it all together. I am not usually a fan of these sort of rice dishes, but SK really pulled it off with high quality and fantastic flavors.

The staff at SK was very friendly and the pace at SK is very fast. Everything seems to be moving at the speed of light, from servers bouncing around to food being brought out to tables being bused for the next round of diners to sit down. It was very loud in SK and with the fast pace surrounding me got to be a little much to me. SK is perfect to eat your meal there, but also perfect to bring home with you as well at a very affordable price for what you seem to be getting here. SK has been around for over thirty years and has grown into a name brand destination for many patrons in many different towns now, and if they keep up doing what they are doing I see them getting thirty more years and many more locations to come.

Overall
Four and Half Stars out of Five

A glimpse into the underbelly of Philly’s Chinatown

Philadelphia’s Chinatown is a large and daunting task to take on culinarily  especially for those of us not having an Asian background to guide us to the path of enlightenment there. Having been to many places in China, Taiwan  Singapore, Thailand, Hong Kong, and Japan, Asian flavors have maintained a spot in my palate that are not easily found, especially when I had no idea what I was ordering or eating when I was at most of those locations. Tasty Place sits by stepping into the underbelly of Philly’s Chinatown in the Chinatown Mall below ground at 11th and Race Streets that gives you a feeling of excitement seeing lots of foreign things to most people and the fun of exploring new products not normally found in your neighborhood supermarket. I encourage you to walk around, buy a few new things you have never seen, and then enjoy Tasty Place.

The first thing you may notice is that nothing on the menu is over ten dollars, and everything is very reasonably priced. For all of the food that I ordered, the total was only twenty-three dollars. Just as much, or if not less that what a normally fast-food Americanized Chinese take-out place near you that serves bottom of the barrel commercialized flavors to the masses that the majority of Americans think is real Asian flavors or food. So the excuse many people say that a lot of restaurants in Chinatown being too expensive to experiment with and try their food is not a valid argument here. What I will agree with is that it is not the most romantic place, nor is it that visually appealing as a stand alone restaurant, but this is what makes Tasty Place its own. It is bare bones, not caring about anything but the food destination. When I ordered, not a lot of non-Asian were present when I visited which made the remark of a little boy who could not be older than six years old sitting next me ask, “What you do here?”. I replied “Getting some food”, with him retorting “Oh, I don’t see a lot of people like you. You’ll like it, food good here” and he then asked if I liked superheros (which I do) and I had a friend for the duration of my stay at Tasty Place talking superhero mumbo jumbo and he even walked me all the way to the door as I left and yelled “Hope to see you again”. He may have been knowledgeable out superheros, but did this little boy know anything about good food? Well, as the saying goes “Out of the mouths of babes”, this child could not have been more correct about getting good food there and he will be seeing me there again.

I am not going to list a blow-by-blow of what I ordered. I am sure you can see by the picture, wonton soup and pork fried rice were two of the options. The other two were complete guesses, and they did not disappoint. The soup was amazing and the fried rice cooked to perfection with a flavor that can not be duplicated easily. With Tasty Place’s set ten-dollar cap for pricing, trying new and unusual things is half the fun of going there, and with a menu featuring over one-hundred options plenty of fun tasty adventures are bound to happen in the future for me there and hopefully you as well. Give them a try, I have a strong feeling they will not disappoint you, and if you do order something that was not exactly what you were looking for, I am sure that you have wasted ten-dollars on something sillier than trying to expand your horizons

Now if you want a breakdown of Tasty Place’s history, a complete story about food ordered there, and more about its chef Simon Sei, I encourage you to CLICK HERE for Philadelphia Inquirer food critic Craig LaBan’s article about them.

Here is my breakdown for my review:

For the price and quality of the food – Four Stars.

Giving Tasty Place an overall score:
Three and a half stars out of Five