The convenience of using the Atlantic City Express or the Garden State Parkway has made the journey to the Jersey Shore much easier for many. What those paths can’t replicate or replace though are the many Jersey Fresh farm markets and businesses along the way you are missing out on and unable to visit if you took alternate routes instead of the highways.

One such gem is Joe’s Farm Market at Joe’s Garden Center in Galloway, New Jersey. The first thing you should get, but not pictured was their out of this world delicious White Sweet Jersey Corn at a great price. The next treat was their homemade Peach Pie that Joe’s mother (Anita) and sister bake themselves. This pie is hands down better than the majority of peach pies I’ve had from high end bakeries. It was really good. Even if you want to take the highway, you should put this place as a pitstop along your way. 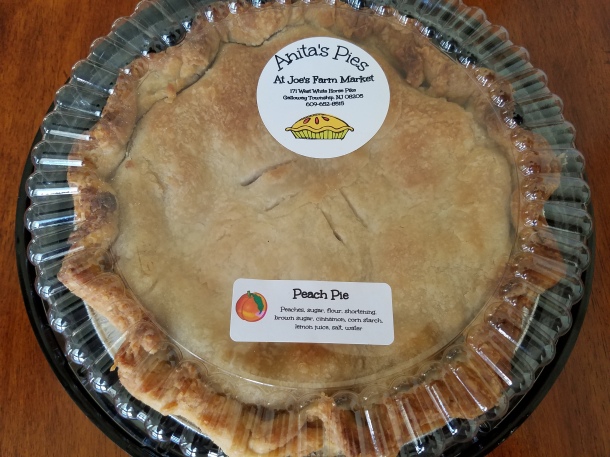